During this last month we have continued our everyday activities: the English class, the junior after school and so on; we have also visited different children going to their houses and their schools. In this report we are going to report about the discussions that we have had with those children.

On May 8th of Aline and Melodie have visited the house of Jeanne and Agnès ***. It had been long time that Agnès (who is not yet 18 years old) was not attending our everyday activities: we had asked her young sister the reason of her absence and she replied that it was because she had to stay home in order to help her mother with some home duties, but when we arrived there we have found that the real reason is that she is pregnant…! few days before we went to visit her we had a call from her mother and she told us that she wants to talk about her case. When Aline and Melodie arrived there Agnès’ mother has explained them everything and told them that the family of the boy asked her to let them get married, but she refused because she thinks that her daughter is still too young to get married. She also told them that she might first finish her studies. 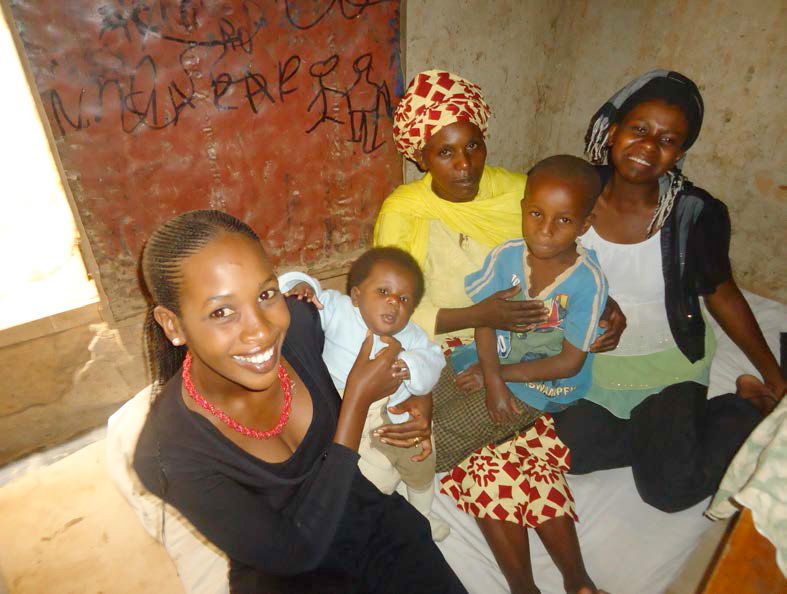 After that we’ve considered their everyday life and we have found that it is very hard in terms of getting food, clothes and other needs. Agnès’ baby will be born in this month, she has nothing that the baby will need, she doesn’t even have the money to pay the hospital, but that is not a very big problem because the medical insurance that we paid for them last year can cover pay for her 90% of the needed sum.

We thought to help her by buying some baby clothes and some other things that she will need when the baby will be born and we gave them to her.  We were suppose to first ask you what you think about, but the problem is that she could give birth at any time in these next days, so we took this decision before hearing your proposition about it. Aline and Melodie have gone with her mother to search some basic thing that she will need.

On May 14th Jack and Gustave have visited the family of Bosco ***: this boy also has many problems in his family. The first time we visited them was last year, with Nicoletta and Giuseppe. The reason of our visit was because he told us about some difficulty he had with her mother. He told us that she was not facilitating him in his studies, that her mother doesn’t give him food when he comes back from school, telling him to go finding money by himself. His mother attitude started since he stopped to go at Nyabugogo market to help people to carry their baggage and get some money; he used to do it frequently when he was in primary school, because at that time he had much time available. Now he is senior 2 and he doesn’t have much time to do this job during the week. His mother doesn’t understand this, because of the poverty that they live.

Her mother confirmed this story but she also said that Bosco has become a very bad boy, because he doesn’t want to help her in different work, like he used to do before. She told us that the only thing he does is going to school and come back, expecting to find something to eat. We asked Bosco about it and he told us that it could not be possible for him, coming back from school very hungry and then go to work without getting something to eat and then go back to school to revise… 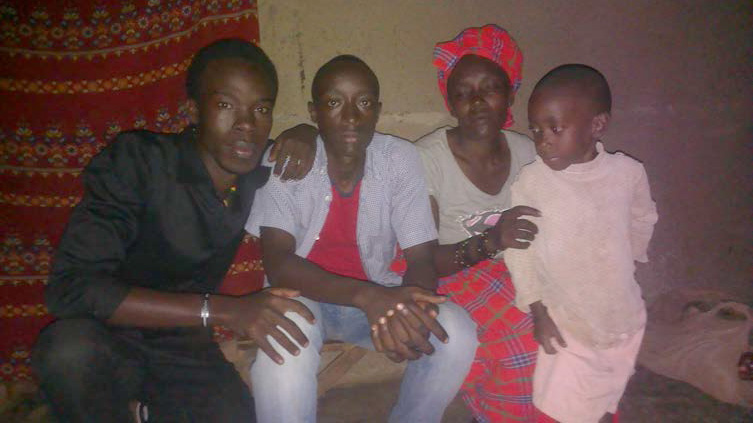 Bosco has three brothers and two sisters: he is the third, the youngest boy and the elder among those who still live with their mother. Any of these children each has his/her own father. Bosco told us that he plans to leave the school if they continue to live in these conditions because, according to him, his mother doesn’t like him, she wants him to leave and go with her elder daughter, who has many houses that her father has left for her…

Discussing with him and her mother, we asked them to try to put their differences apart and try to live together by helping each other, at least until we find the way we could help them. We asked his mother to think about what we could do in order to help Bosco to not stop his studies; we also promised them that we are going to think about the way we could help them when we could find the possibility of it. May be we could discuss with you about this when you will be available.

Aline has tried to deal with the problem of Jeannette but there is no result because every time she tried to visit her she found an excuse tonot be there. Her parents told her that we are wasting our time about what we are doing for her because she doesn’t want any more go back to school.

Izabayo Sandrine did not go back to school in this term because her earing problem has become very serious. They have tried to go to different hospitals they didn’t provide her a real treatment, they only give some medicament which only help her for few days. She is not earing any more that’s why at school they told her to get a complete medical treatment. She has been transferred in the national hospital (she has an appointment next week), we wait to see which kind of treatment they will set for her.

Last month we have visited some children who are in the boarding school: Tumukunde Fridaus, Assifiwe Rehema, Musoni Fabrice and Igikobwa Uwase Latifa. During our visit we’ve discussed with them about how their studies are going on and about their daily life there at school. After that we had also a short discussions with one of the school authority and we have asked them about their discipline and they reassured us that there isn’t any case of indiscipline with our children.

These visits in the boarding schools help us to stay in touch with the children in order to check about their education and discipline at school and also helps them to avoid different indiscipline cases, because they know that there always is someone who will follow their education day by day.

You didn’t send us any feedback about our last reports, you had told us that the Sum of money that Pasy has left us was for the university support and you asked us to write a kind of contract of paying back that sum. But we still wait for your feedback about this issue. 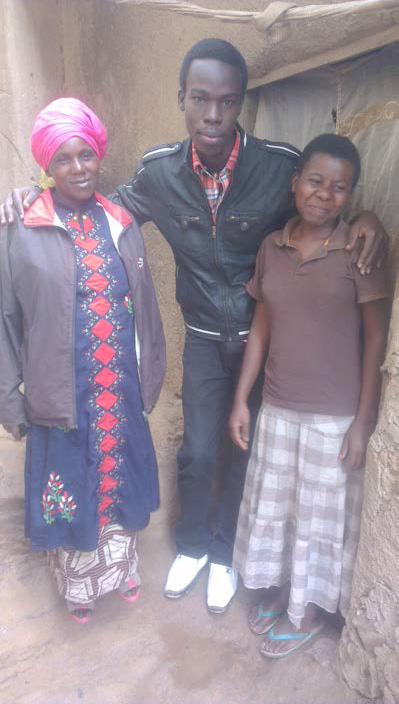 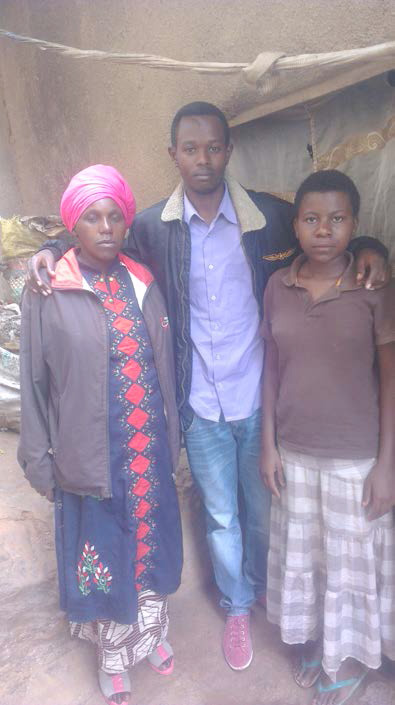 This last month we have also  had some guest from Wake Forest University of America. They were here because of their cooperation with “We share” members (we also have cooperation with “We share” initiatives. During their visit we have had different kind of exchanges: in our conversations we discussed about the education in America, they informed us how it works from nursery school up to university and we explained them the same thing here in our country. We also discussed about our different cultures.  Before the end of their visit we have done a walk together to remember: we took a walk from the American embassy up to Kigali memorial Center. 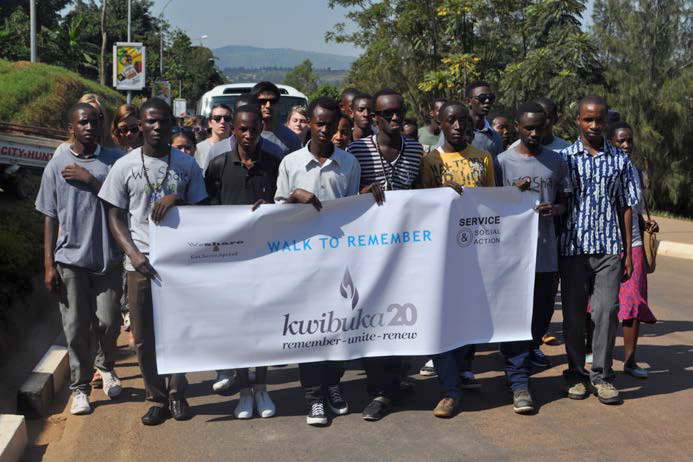 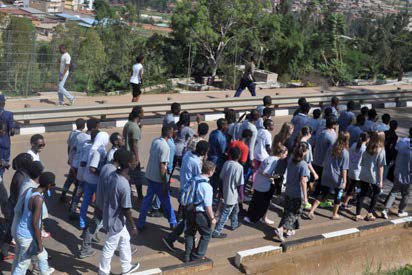 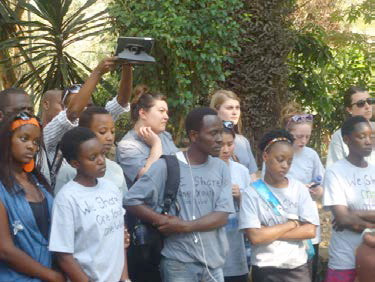 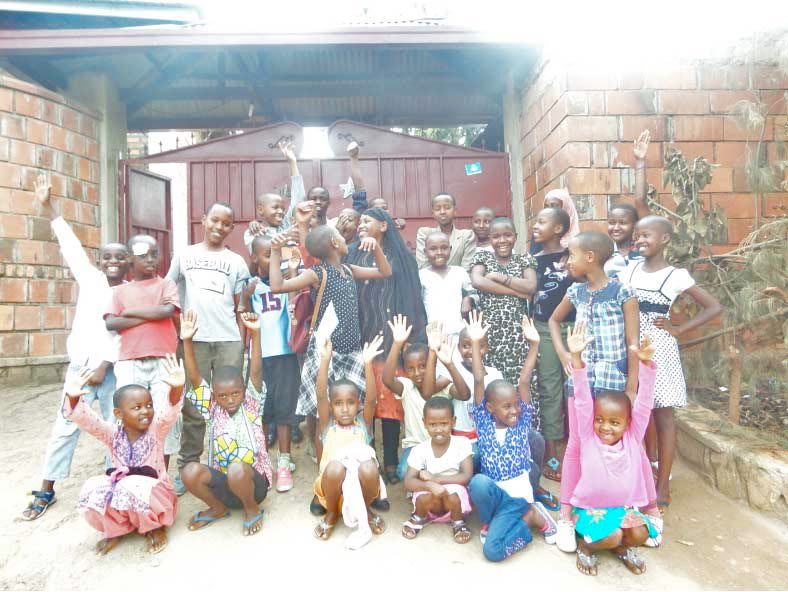